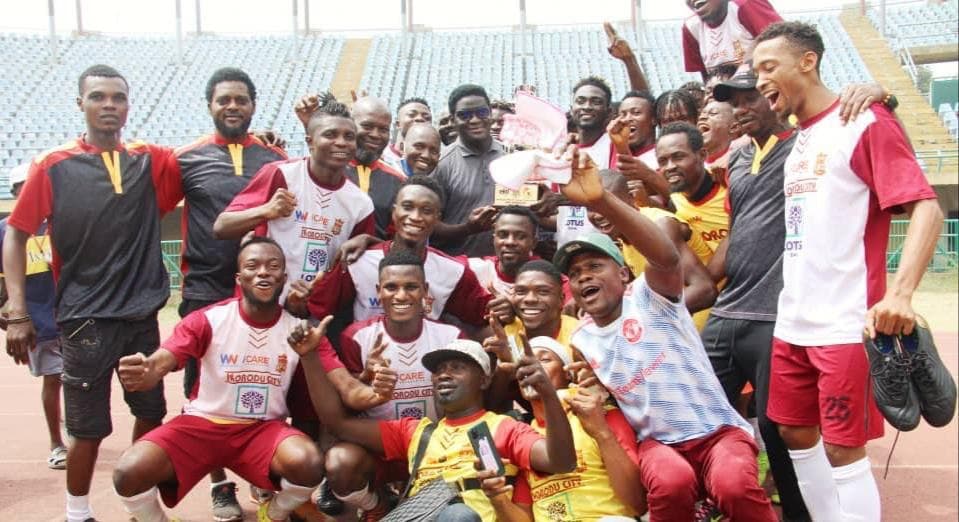 Ikorodu City are champions of the Eko Nigeria National League (NNL) Pre Season tournament after beating Ottasolo FC 2-1 in the final, played at the Teslim Balogun Stadium on Saturday afternoon.

Ottasolo controlled the pace of the game in the early stage, creating a couple of chances which could’ve resulted into at least a goal against us but our boys survived the moment, and after settling into the game we took charge, dictated the pace of the game, had a couple of chances to go ahead which we fluffed, but the persistence of the Boys got rewarded as Odibo Godwin put us ahead before the break.

After the break, we continued from where we ended the first, creating a couple of chances more, but we couldn’t increase our tally and we were made to pay for it when Ottasolo equalised.

The Boys remained composed despite the situation and soon after we got our lead back, coming off a lovely free kick at the edge of the box by Gabriel Adewara.

The Boys held on to the lead, created a lot of chances which could’ve sealed the game for us but at the end, the game ended 2-1 in our favour.

To the delight of our fans, coaching crew and management, we’re the champions of the EkoFootballxNNL22 Pre Season tournament.

The Boys were delighted with their performances likewise the coaches and the fans.

With the tournament now ended, we set our sights on the NNL itself scheduled to kick off February 11. We teach our small players to follow the rules, use time & space comprehension and develop tactic skills on…
News March 2, 2022