With few days to the start of the second round of the 2022 Nigeria National League (NNL) season, the management of Ikorodu City decided to reward five players of the team for their performances and commitment during the first stanza of the league with cash incentives.

Right back, Gabriel Adewara was recognized as the best player of the for the first round of the NNL season.

Gabby as his fondly called by his fans, scored two goals in eight games, with both coming from long range set piece and was invited to the National U20 camp for his performances.

Waliu Ojetoye was recognized as the most disciplined player of the team.

The management has always been particular about discipline on and off the pitch and the coaching crew were quick to point Waliu as deserving of the award.

Midfielder Tosin Oyedokun received the award for the most dedicated player of the team. The lad has been said to always show proper dedication to work on and off the pitch, turning up to training, matches and all other club events.

The skipper of the side, Sebastian Godwin was also recognized as the most consistent player of the squad.

Sebastian is the only player in the team to have played every minute of every game for Ikorodu City in the NNL this season with performances to applaud as well.

The striker made his first appearance with a brace against Ekiti United and finished the half season with two goals in three games.

Ikorodu City will kickstart the second round of the second tier league in Nigeria on Monday 16th May, 2022, as they face Campos FC of Owerri by 4pm at the Teslim Balogun Stadium, Lagos. 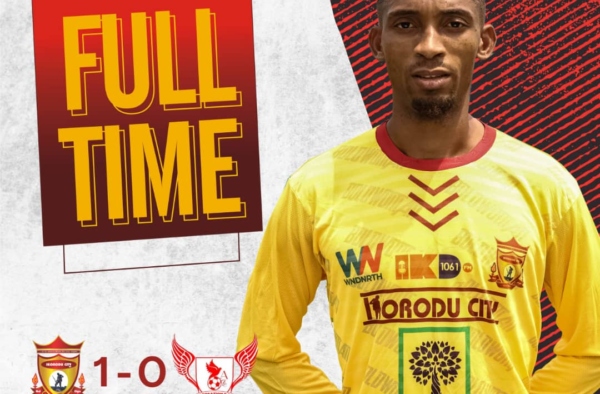