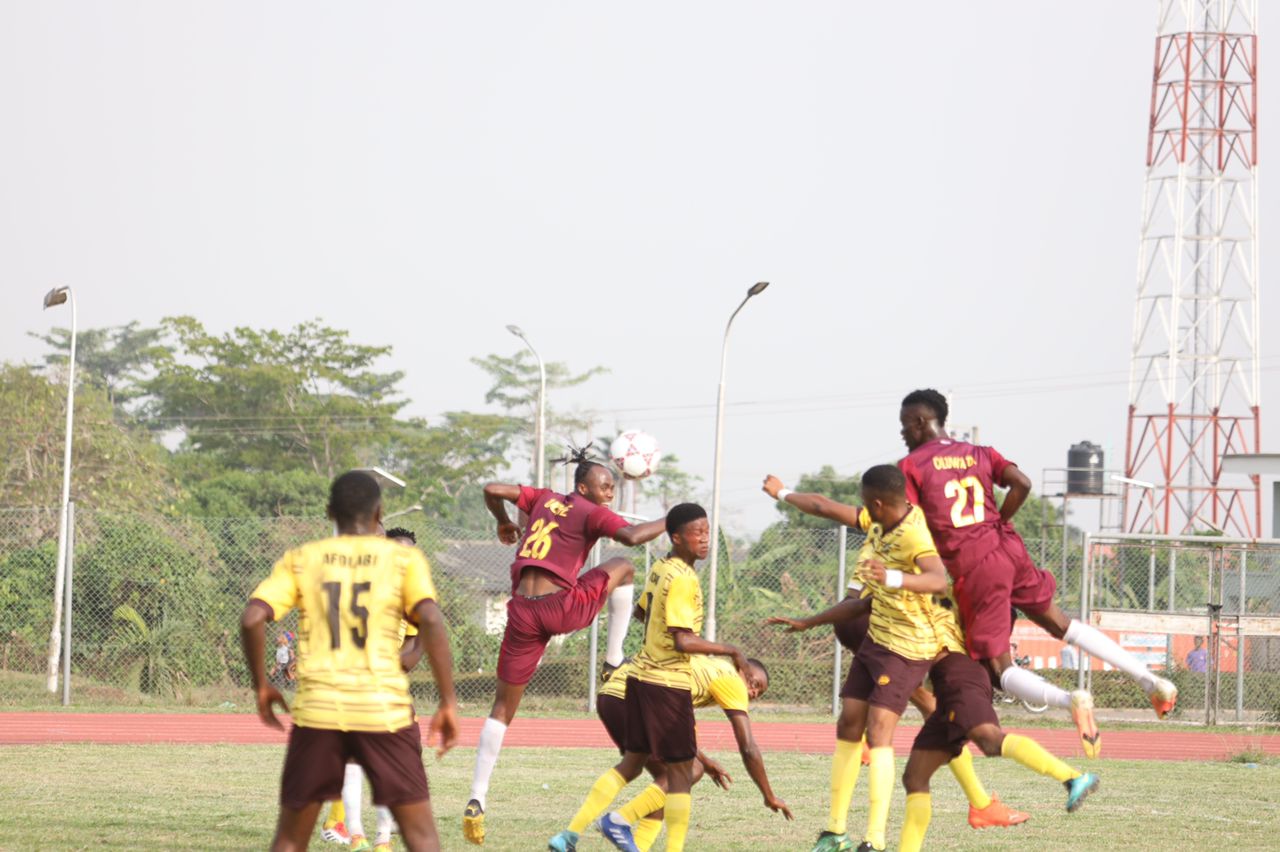 Coach Abiodun Obafemi made three changes to the team that started against Bendel Insurance, with Paul Akor and Damola Oluwa returning to the starting line up in a 4-4-2 formation.

The game started really balanced with both sides just trying to settle into the game. Gradually, we settled and took control of possession from our opponents.

First, a dangerous cross from Austin destined for the back of the net was tipped away by the goalkeeper.

Almost immediately, a long throw from Sebastine found its way into the visitors box and Damola latched onto it, only to see his effort go over the goal from three yards.

Eventually, the pressure paid off as the visitors were punished after a foul on Farouq. Gabriel Adewara hit the free kick from over 25 yard and his thunderous effort left the goalkeeper glued to his feet as the ball found the back of the net.

After the goal, it was the visitors with the possession but nothing to show for it as it ended 1-0.

The second half was more of the same, no attempt on goal from Gateway despite their possession.

We failed to hit the target a second time and a couple of changes had to be made by both sides. Coach Obafemi brought on Stanley for Farouk, Ayoade and Henry to replace Oyedokun And Damola. The Ikorodu City Fc project is more than a football club, this is because of the intent to give…
Uncategorized May 13, 2022