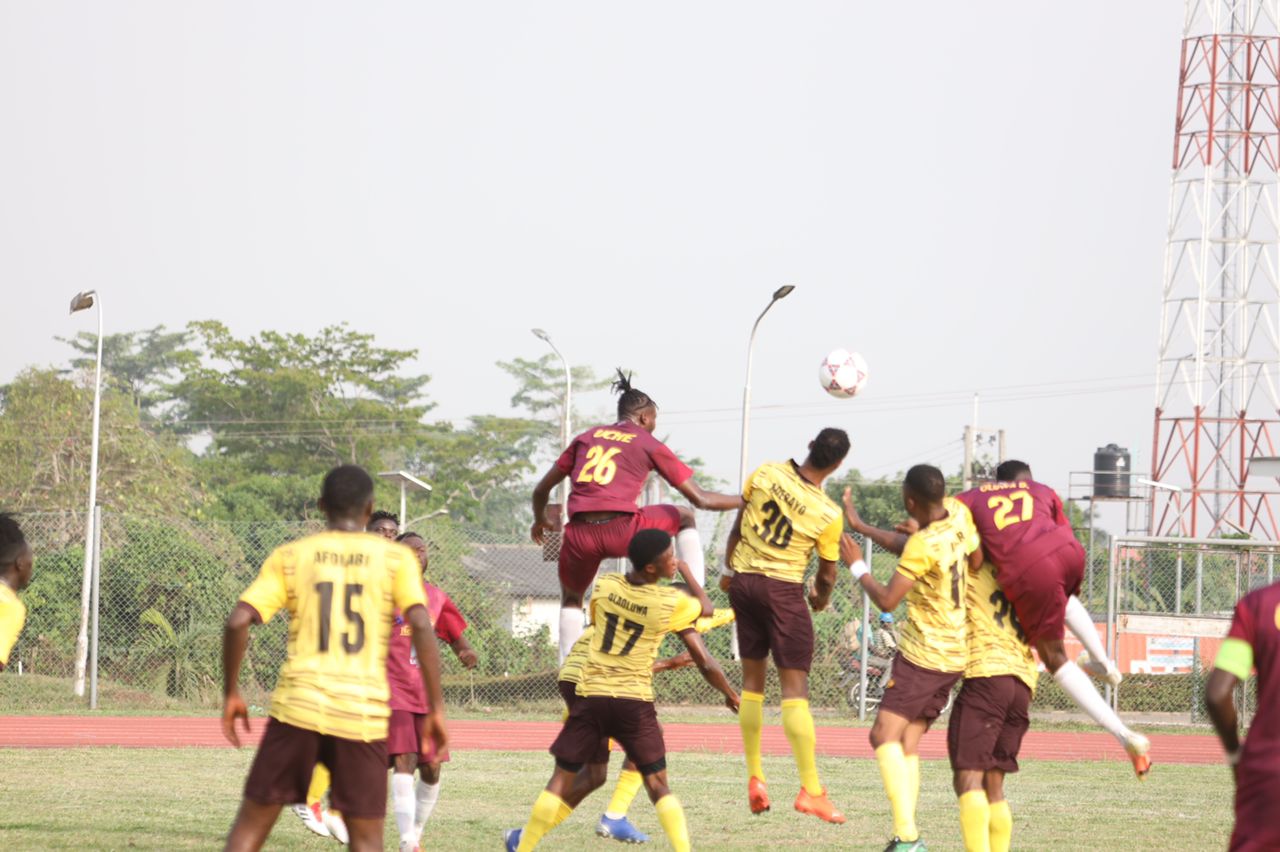 We fell to our first loss of the season, after a late penalty from Aleem Adebayo, saw the host run away with all three points in OAU Sports Pitch, Ife.

Coach Obafemi, named a slightly different side with just one change from the team that got the first win of the season against Gateway United, as Ayoade Babatunde replaced Salami Farouk in the starting XI.

The game which was scheduled to kickoff by 4pm, was delayed for 40 minutes, due to security breaches by home team at the match venue.

The match commissioner and other Osun State FA members present, had to made to sign an undertaken to be responsible, should there be any form of violence due to the lack of security.

Eventually, the game kicked off and it was all about Ikorodu City from start to finish. Creating chances, half chances and controlling proceedings, all through the match but no goal to report as the first half ended.

The second half started the same way with Ikorodu City commanding play, as Odibo kept on being a menace on the left flank for the entire duration, seeing one of his cut-backs deflected to the upright as the hosts were saved.

Minutes later, Salami Farouk, came on and found himself in vintage position through on goal in the box, the young striker was prevented for giving us the lead by the home team defender.

As the game crippled to its end, the host found themselves in our box for the first time, as they tried to dance their way around to get a strike, they were awarded a penalty, after the ball was poked away, but the referee pointed to the spot.

Aleem Adebayo converted the spot kick to give the host a 1-0 lead..

Two minutes after the restart, we piled the pressure to level the score but we could not, as the game ended in 1-0 victory for Osun United.

Up next, it’s Abeokuta Stormers Club for us at the Teslim Balogun Stadium, Surulere Lagos, this Saturday, 12 March, 2022.

The management team of Ikorodu City FC has placed the entire Technical staff of the club, coaches and back…
Uncategorized May 13, 2022